I recently returned from the Adventure Travel World Summit, which took place in the lovely town of San Cristobal de las Casas, in the state of Chiapas, Mexico.

A gathering of over 650 delegates from 55 countries – these are the movers and shakers in the adventure travel industry (an 89 billion dollar industry). Illustrating the importance of adventure travel to Mexico, the President of Mexico, Felipe Calderon, kicked off the conference with a charismatic speech. To see a transcript of his speech, click here.

The theme of this year’s conference was “Prosper with Purpose”. Said ATTA President Shannon Stowell, “We are determined to affect positive and measurable socio-economic and environmental change worldwide through adventure tourism – a model that serves as a powerful, real and sustainable economic force.”

To say this was a gathering of unique individuals is an understatement. Let me give you an example: on one stage there was a panel discussion on Indigenous Tourism, including members from several distinct tribes:  from a Mayan leader to a Namibian chief to a member of the Sioux Nation to a Sápmi spokesperson (don’t know where that is? Look it up!), discussing how best to serve and save their indigenous populations.

I have to say, though…my defining moment was on the dance floor at an after-party well into the evening on the 2nd night of the conference, when I found myself dancing to a local Mexican band, surrounded by an ambassador in a kilt from Scotland on my right and Namibia’s Minister of Tourism on my left. It was a cross-continent jam fest, and we were all in it for the love, passion, and transformative nature of traveling, the breaking down of borders, and the sharing of cultures.

This was my second time attending a World Summit. Last year’s took place in the highlands of Aviemore, Scotland. I attended as a part of the media, and was impressed with the contacts I made and the joy at having found my tribe of like-minded people from around the world. This year I traveled as part of the ATTA’s Storytelling team, where I was responsible for photographing and creating media content. Next year’s Summit will be held in Lucerne, Switzerland. My only hope is that there be a dance floor where I can boogie down with all my new friends! 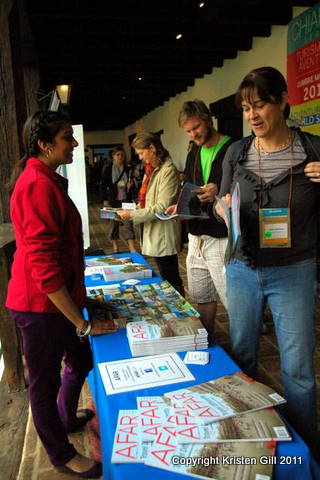 At the AFAR market exchange 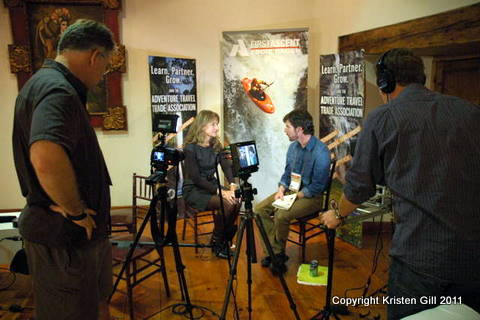 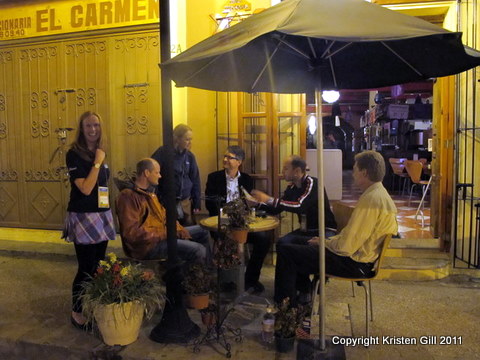 The crowd at the Green Bar after-party 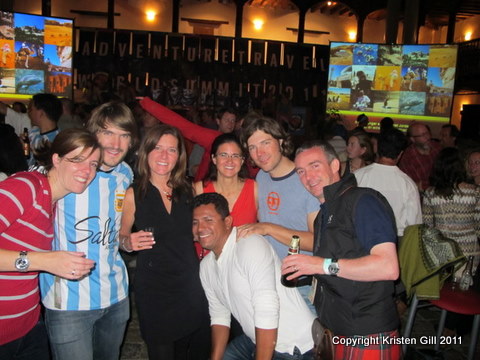