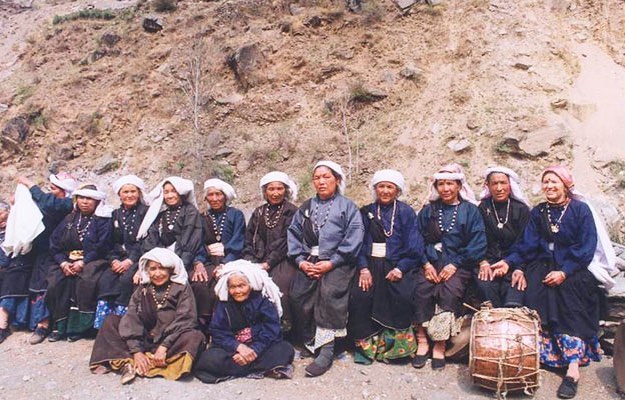 Today marks the 45th anniversary of the Chipko Movement – a non-violent resistance led mostly by local women to protect the forests of north India’s Uttarakhand, home of the Valleys of Flowers and a portion of the Himalayas.

The word “chipko” means embrace, as the villagers hugged the trees, forming circles around them to prevent them from being cut.

This movement began in 1973, in Uttarakhand’s Chamoli district, where government policies allowed forest land to be used for infrastructural development. Forests in India have always been the lifeblood of the village folk. The group, mostly women, resorted to hugging the trees to stop them from being felled. Their persistence paid off, and eventually the matter was ruled in favor of the village folk. This became a turning point in the history of conservation movements in India and around the world.

Trivia: while the modern India Chipko Movement began in the 1970s, the original movements of such type date back to the 18th century, started by Rajasthan’s Bishnoi community.

In 2015 I had the opportunity to visit with the Bishnoi, a Hindu sect of nature worshipers and India’s original protectors of wildlife and nature. Their entire lives are organized to work with, as opposed to against, nature. They take care of animals and plants to the extreme, and are willing to put their own lives in danger in order to save them.

For example, they view fawns as being very holy, and as soon as a fawn comes into the household, it becomes a member of the family. There is a famous photo of a Bishnoi mother breast feeding both her young son and a fawn at the same time.

Tree huggers of the world should know that their revolutionary strategies are in fact part of an ancestral tradition.

In 1730, 363 Bishnoi men, women and children (led by a woman named Amrita Devi) gathered around and hugged the kheiri trees in order to protect them from being cut down by the Maharajah Abhay Singh’s men, who needed them to build Jodhpur’s new palace. These families sacrificed their lives. When the King heard about the incident, he was so moved that he banned the cutting of trees in all Bishnoi villages from that point forward.

This tragic event, known as the Khejarli Massacre, is also the first recorded event of the Chipko Movement (hugging trees to prevent destruction, or just to love them) in history, long before the global hippie movement of the 1970s.

It occurred at a time when there was hardly any environmental activity in the developing world, and its success meant that the world immediately took notice of this non-violent movement.

Despite being considered a marginalized society, The Bishnoi are still thriving today. Their late guru, and Founder of the” Twenty-nine Principles” (“bis” means twenty and “nai” means nine), is still revered to this day (and looks uncannily identical to Santa Claus).

It’s interesting that out of the 29 principles, eight of these have been prescribed to preserve bio-diversity and encourage a healthy eco-friendly social life for the community. These include a ban on killing (and eating) animals, felling green trees, the obligation to plant a tree a year, and to provide protection to all life forms by offering one tenth of the crops to feed wildlife (permaculturalists call it ‘Fair Share’).

Coincidentally, this week also marks the two year anniversary of the #ManInTree incident in Seattle, when Cody Lee Miller climbed up a great sequoia tree in downtown Seattle, stayed for 24 hours nestled up high for over 24 hours, making national headlines.

Let’s take a moment to reflect on these Eco-Warriors of the 18th century and thank them for the wisdom that we can bring into in the 21st century.

Tree Huggers of the World, Unite!